With regard to our global water crisis, especially in the Middle East, we’re hearing more about the use of sea water as a constant source for producing desalinated water for drinking and industrial uses. Desalination is a separation process used to reduce the dissolved salt content of saline water to a consumable level. It separates saline water into two streams: one with a low concentration of dissolved salts and the other containing the remaining dissolved salts (the concentrate or brine stream). These plants require energy to operate and can use two different technologies for separation of saline water; MED (Multi Effect Distillation) and RO (Reverse Osmosis).
In a MED plant, evaporation and distillation are performed under high vacuum conditions. The inlet sea water is distributed over the effect tubes and a portion of it is evaporated by steam passing through the tubes. The inlet steam is first condensed. The resulting evaporated water then enters the next effect tubes under vacuum condition and the process continues as such.
In a RO system, water is first treated in the main pretreatment system enough to remove the finest suspended particles. Afterwards, water is pumped through membranes by a high pressure pump.
Farab began its water treatment activity with the “Persian Gulf Star Oil Company”. This project includes 3×4,000 m3/day MED-TVC desalination plants, a demineralized water plant, hot/cold condensate polishing plants, a hot condensate de-oiling plant, potable/ plant water packages, chemical dosing packages, and an open and closed loop cooling system.
Currently, Farab is involved in construction and installation of the “Bandar Abbas RO Sea Water Desalination Plant” and sea water desalination in the “South Pars Combined Cycle Power Plant”. 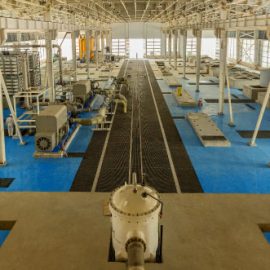 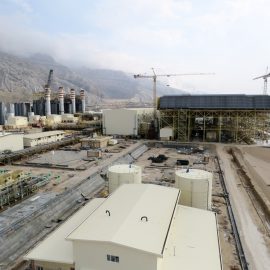 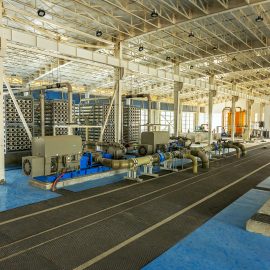 The end tunnel of the water transfer system from Azad Dam to Ghocham Dam with a length of 11 km, was inaugurated by order of the Minister of Energy via video conference with the presence of Kurdistan Governor and
Read more 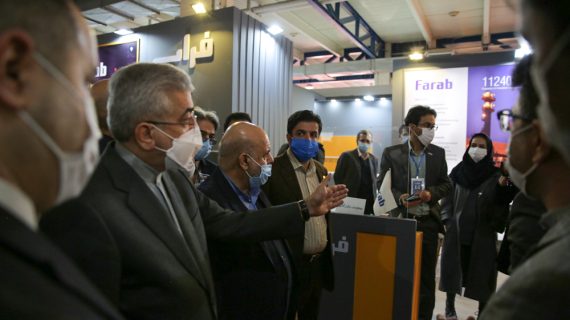 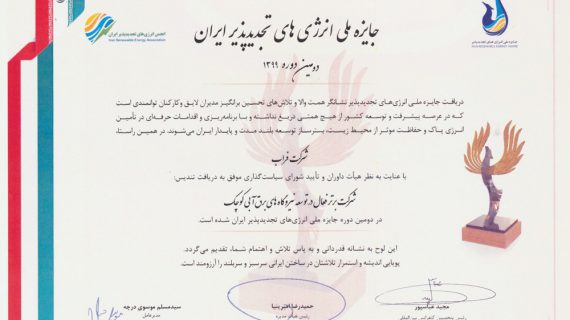 Farab Company was introduced as the “Top Company Active in the Development of Small Hydro Power Plants” in the 2nd Iran Renewable Energy Award and succeeded in receiving a statue and a plaque of appreciation. According to Public Relations of
Read more

Appreciating ceremony of Sardasht Dam & Hydro Power Plant’s practitioners was held on February 9th (2020) in Iran Water & Power Resources Development Co. (IWPCO), in this ceremony, letters of appreciation were given to the practitioners of Sardasht Hydro Power
Read more