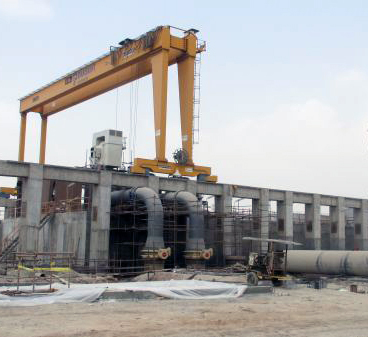 Inauguration of the Persian Gulf Star Refinery is a major step towards weaning the country off sale of crude hydrocarbons. The facility will be fed by gas condensate (ultralight crude oil) recovered from the supergiant South Pars Gas Field through a 485 km pipe line. The project will add 12 million liters of Euro-4 gasoline to Iran’s daily production capacity in its first phase, making it unnecessary for Iran to continue importing gasoline.

Once fully operational it will supply 36 million liters of high quality petrol making Iran an exporter of this strategic item. In addition, it will supply 14 MLD of gasoil and 3.37 M of jet fuel.

The Italian EPC company, Snamprogetti, began construction of the refinery in 2006. The unexpected departure of Snamprogetti from the project in 2010 brought about the formation of a local consortium of Faradast Energy e Falat, Bina, and Tehran Jonoob companies; and the project, including all engineering, procurement and construction sectors, continued under the Iranian company’s supervision.

The EPC project of the refinery Utility (Area1) and a portion of the process area (Area 6) were awarded to a consortium of FARAB and Nardis companies in 2010, commencing of one of the most strategic projects for the company.

Area 1 (Utility) of the refinery is comprised of:

Area 6 (Process) of the refinery is comprised of:

Farab’s scope of work included design, procurement and installation of 23 substations of the refinery including 950 MV cells, 970 LV cells, around 3,500 km of cablings inside and between substations and 160 transformers.

Almost all the refinery equipment was categorized into 482 procurement packages (EQs) to facilitate follow-up activities of the equipment supply as initially planned by Snamprogetti. Although extraordinary expediting efforts were made to keep all the equipment design and supply on the right track, there were barriers to overcome.

Focusing on the importance of utilities in refinery commissioning, engineering progress began with construction and equipment installation in 2011; however, payment difficulties caused many companies to reduce their cooperation level to a minimum in equipment supply and supervision. This, of course, had a negative effect on progress and resulted in the necessity of re-scheduling plans several times. On the other hand, it produced the successful localization of equipment supply.

In late 2016, all utilities successfully passed commissioning procedures and then sea cooling water, compressed air, demineralized water, HP, MP, LP steam, and lastly power were all generated within the battery limit of the utility area by the FARAB team as the refinery’s first train became operational.